June 12, 2020
I had a great conversation recently with The School for Startups Radio, hosted by Jim Beach.

Q: What about people who declare themselves entrepreneurs with nothing behind them?

A: The landscape is littered with those kinds of people who approach business with that in mind.  That is something that is a caricature of itself.  In fact, real businesses solve problems.  They look for things that are broken and they apply themselves to that.  They’re not after the glory.  They’re after fixing the problem.  They’re after making their communities better, markets better that they care about and love.  Those are the people who are changing the world and are the real entrepreneurs here.  There are millions and millions and millions of us doing that kind of work every day around the world.

I tell people folks who I’m talking to… this isn’t a way to pay the bills.  And that’s generally what 20 and 30-year olds are needing to do.  I don’t want to characterize anybody with a broad brush stroke, but with older folks, they have the ability to take the three steps that I really push, when considering this.  It’s much harder for somebody who is younger.

That’s to give yourself permission.  You want to start small.  Absolutely start as small as you can.  With the least amount of money as possible.

You want to start as smart as you can.  That generally means going slow.  You want to put your planning steps in place so you can start smart.

What’s hardest for me, with trying to explain this to older people, and older workers, is that this starting a business, - and Jim you know this as well as anybody – It’s not hard.  It’s just new.

That’s the tactic  that people need to take with themselves.  Entrepreneurship isn’t something that’s carved in stone and handed down from the clouds.  There are plenty of people doing this that are dumb as rocks.  There’s an entry point for everybody in this.

Q: You said there were three steps…?

A:  Right.  The big three here are permission, planning and practice.

With permission I want  you to start small.

With planning I want you to start smart.

With practice, I want you to start right now.

...the thesis of this book is to give other people, especially in the second half of life, permission to go and create that kind of life for themselves.

You just described a world where you  control many of the variables – going to your child's soccer practice, when to put in the work, how much time you want to put in.  I think we both know that that kind of a lifestyle that unleashes creativity -  and that’s what this world really needs is creative solutions right now.  So the ability to control your time leads to freedoms that lead to creative outcomes.  That’s what I’m really trying to do… unleash this group .. there’s 100 million people between 45 and 65.  Twenty-five percent of them say that they would like to start some sort of new enterprise.

That’s 25 million people.  That’s the equivalent of 10 years of job growth in the United States, before this mess hit. There is a lot of creativity, a lot of solutions, built into that group.

THE AUDIO LINK TO THE FULL INTERVIEW IS HERE 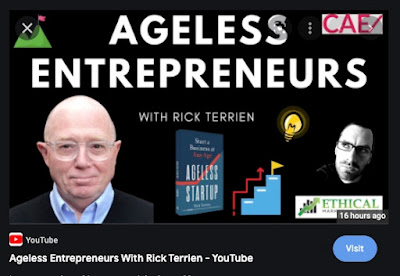 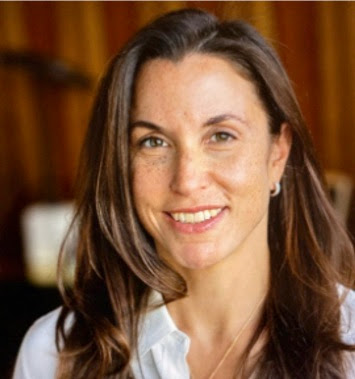